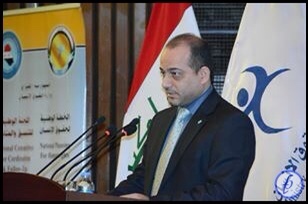 Ali al-Bayati, a member of the semi-governmental Iraqi High Commission for Human Rights (IHCHR), said in a statement on Tuesday that the increasing death toll meant Iraq was at risk of “international intervention” if the government did nothing to stop it.

“The international community is about to internationalise the crackdown on Iraqi protests…after the statement of the 16 countries, and the steps moving towards achieving this goal as an international action,” he said, referring to a letter signed by 16 countries on Monday condemning attacks on protesters.

“There is no real national accountability or practical steps to investigate the case of using excessive violence against the demonstrators, whether it is from the government (as was proven in the investigative committee formed after the demonstrations of early October last year) or from other parties.”