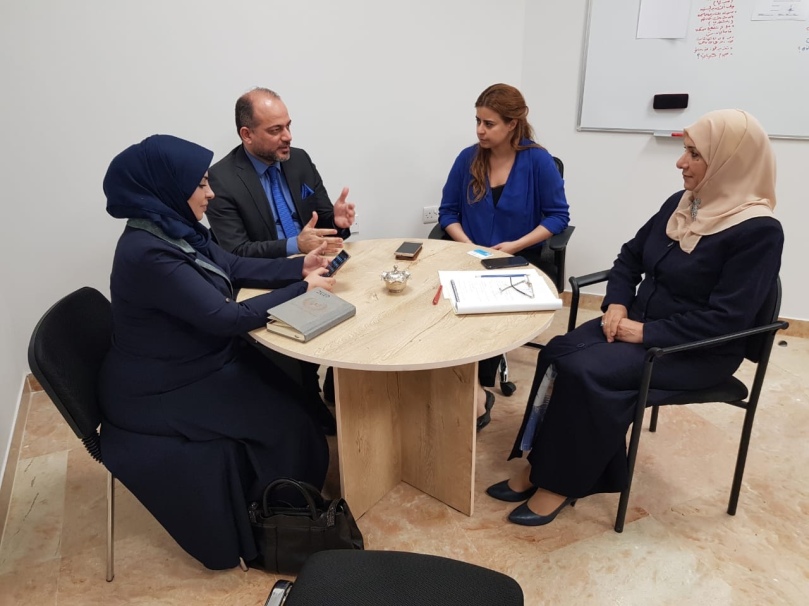 On Sunday 19 June 2019, the IHCHR delegation, represented by the members of the Commission, Dr. Ali Al-Bayati and Dr. Faten Al-Hilfy, met with the International Team formed in accordance with Security Council Resolution no. (2379) concerning the investigation and documentation of Daesh crimes at the Team headquarters in Baghdad.

At the beginning of the meeting, the delegation congratulated Dr. Salama Al-Khafaji on the position of the Head of the Iraqi National Team, wishing her success in her work.

The delegation addressed many of the crimes committed by Daesh terrorist gangs in Iraq, calling for the need to expedite the completion of the team’s tasks according to the international authorization, especially with regard to mass graves and laying the foundations for the prosecution of criminals.

Dr. Al-Bayati referred to many crimes committed by Daesh gangs against the Turkmen in Iraq, including the mass graves in Tal Afar; the kidnapping of more than (1,000) Turkmen, half of them are women, girls and children; and the forced displacement of hundreds of thousands in June 2016, in addition to discussing the details of chemical-weapon attack Against the Turkmen in Taza Khurmatu, the siege of civilians in Amerli and other crimes carried out by these gangs.

The Team also discussed the importance of relying on the testimony of survivors of Daesh crimes, whether those from the abductees or the survivors of Speicher, Badush and other crimes.

At the end of the meeting, the International Team called on the need for communication and cooperation to achieve common goals and justice in Iraq.